There’s a Rumble in the SEO Jungle…. 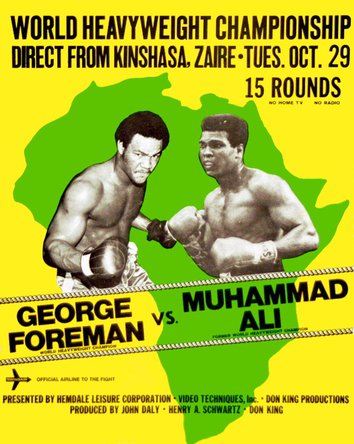 …and could it be a game changer?

What I am talking about is the patent applied for by Google relating to “implied links” which seeks to steer the search engine giant away from actual hypertext links, and into the arena of measuring (for example) brand mentions within content as a ranking signal.

What this means in simple terms is that if a website mentions, say, Coca Cola in an article about soft drinks, while this may not be an actual link, the reference to that company is as good as a link, because in essence the author is either recommending the product or brand, or thinks it important enough to talk about it in the article.

In other words, it is to be seen in effect as a vote for the product or brand just as a traditional hyperlink would be.

On the face of it this might not sound like such a big deal, and it possibly isn’t as far as legitimate companies and website owners are concerned, but when you think about people who try to manipulate the search rankings using spammy link building software in forums, directories, blog comments, etc – then it becomes much more interesting.

It becomes interesting because if Google could make this work well, then they could turn down the dials on the algorithm that allocate a lot of ranking power to backlinks, and could instead turn up the new dial of “brand mentions” or “product mentions” in a block of text that contains no links.

If this were to happen then it would stop a lot of the link building practices that exist today overnight, because simply they would not work any more, or at least they would have far less impact.

Of course this could easily backfire too.

What it might make people do is to think that now only (for example) 25% of the “link juice” is passed, so I therefore need 4 times as many links to get back to where I was before, when in reality it might be that only 25% of the ranking signal is derived from the links, with a large part of the rest of it coming from implied links instead.

This might actually increase the amount of spammy links and devious activity out there, rather than stop it, but I doubt this is Google’s aim anyway, they are probably only interested in their results.

There is another possible downside, and this is that larger brands, the household name companies like Coca Cola, etc would have a huge and potentially very unfair advantage over smaller competitors.

All that a large company with a large budget would need to do is to increase their marketing campaigns, run competitions that require content to be added to websites, or that will get talked about (a new kind of link bait – implied link bait), and they could soar ahead of everyone else to a point where there is no chance of catching them online.

This would seem to be counter productive since if the overall aim of Google is to make their search results better, then giving a big leg up to the best known brands would not be useful to anyone.

We’re sure that there will be teething problems, nips, tucks, and tweaks along the way until the results settle into some semblance of normality (that’s assuming they do actually incorporate this into the core algorithm in a meaningful way), and that things will eventually settle back down to how people expect them to be.

However, you should really get your thinking caps on and start contemplating how you will fulfill what could become an essential dimension of any successful SEO or marketing campaign.

We have and we already have a plan!