Is the Google Penguin Update a Penalty or a Devaluation of Links? 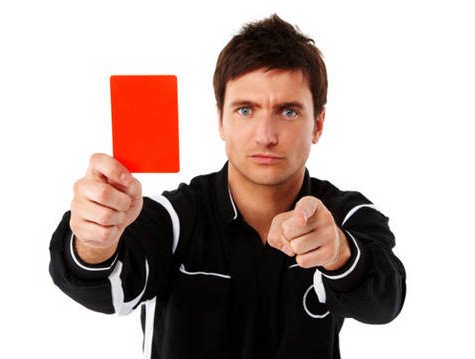 I was having a conversation the other day with another SEO and an interesting topic came up, namely whether Google’s Penguin algorithm update is a penalty applied to a website, or a devaluation of backlinks.

I have to admit that I’d not really thought of it as anything other than a penalty that is applied to websites deemed to have broken the “spam” rules and guidelines, but as pointed out by my friend it has been discussed elsewhere, including on the Google product forums, as a devaluation of backlinks, and that this in turn causes a site to lose rankings since the links are now worth less than before.

It might seem to be arguing over semantics, but there are some interesting implications that arise depending on which it is. First of all Google have launched their “disavow links” process specifically for dis-associating your website from “bad” links that might have harmed your rankings.

If the Penguin is a simple devaluation of links then why the need for this tool? Of course there are those who claim it’s so Google can find out who is trying to “game the system” and uncover link networks, etc, but do they really need to go to these lengths? I don’t think so.

Secondly if the Penguin is a devaluation of links and this in turn causes a site to lose rankings then the answer to getting your rankings back again is simple – just build some more links!

However, many people claim to have tried this approach and it doesn’t seem to work, and of course if Google are aiming to tackle web spam then it would be a short sighted approach to simply devalue a series of links today, only for those who do undertake these methods to rebuild twice as many tomorrow.

It just wouldn’t make a lot of sense.

On top of all of that think about logistical requirements to devalue a few thousand links per website. If the average penguinized website has say 2000 links pointing at it, what would require the least computing power – to analyse and devalue a large chunk of those 2000 links, or to devalue 1 (your) website?

It might not seem like much of a big deal to consider those 2000 links if you’re a webmaster with 1 website, but when you’re the leading search engine looking at hundreds of millions of sites and billions and billions of links it becomes a big issue.

Then There’s the 301 Redirect Conundrum

If the Penguin or other updates have been to simply devalue links, then recreating your website on a new domain and using a 301 redirect to point your old (penguinized) domain to it should not bring back your rankings.

Clearly this has to be true. If your website has lost it’s rankings because the backlinks to it have been reduced in value, meaning that your website doesn’t have the underlying strength that it had before, then a 301 should not get your your rankings back again, because the links are not there to support those rankings that you once enjoyed.

However, what you will find more often than not is that for a period of time your new website will rank back where your old one used to, until (as SEO’s tend to put it) “the penalty carries over”.

And I think this way of looking at it is right. But it could be something completely different.

If the Penguin was a devaluation of links then a 301 redirect should not have any positive effect, but in many cases albeit for a short period of time, it does, which suggests that the links themselves have exactly the same amount of power, or are passing over just as much juice as they were before, and that rather it is the website that has lost it’s mojo.

For me this is the only scenario that makes sense both in theory and from the empirical evidence.

This leads into another series of questions about how Google values links, websites, and the amount of juice a link should pass over, and it kind of ties in with an idea I’ve had for a while that is similar in principle to an electrical theory, the theory of tuned circuits, which is related to matching and resonance.

So, what I’m going to do is to get my thoughts about this together in a clear and concise way and then I’ll create a new post in a few days time – mainly when I’ve thought up a clever and interesting name for it! [Here it is]