Okay so this is part 2 of the last topic “why isn’t anyone ordering from my website?”

Originally it was going to be one article, but once the first part had got to 3000 words and this one was going to be even longer, it became pretty clear that we needed to split it up!

The main reason this section is going to be long is that we want to give you some really specific examples of how you can increase sales from your website, or even your real-world bricks and mortar business.

The crazy thing is that in a way it’s the same issue for both online and offline businesses, but in another way it’s totally different!

I know that sounds completely nuts, so let me start by going through some really basic and yet not so basic (there I go again) sales type stuff for online and offline sales.

A Major Problem With Selling Online

One of the main issues with selling online is so obvious that it’s almost too obvious for most people to even realise that it exists.

This is that people get this weird idea in their heads that all they need to do is put up a website, any old website, whether it costs £50 or £5000 and somehow it will start generating sales like some kind of virtual cash machine.

There seems to be a kind of malaise, a laziness that has appeared over time where people think a website is a website, it’s this sales generating thing, no matter how much effort or thought is put into it, it’s a website and websites make money.

Kind of like a salesperson is a salesperson, so pay them £1 per day or £1000 per day and you’ll get the same result.

Well clearly you won’t, if you have a really capable salesperson who can generate huge sums of money for you, then you’d want to keep them and pay them well to keep the money coming in.

Well, this is a brand new Rolls Royce and it’s an incredible deal, the one down the road is 30 years old, is mainly rust and filler, and has no engine.

If you realise that there are literally hundreds of millions of websites out there, then first of all you need to get people to find you, then to convince them that you are the company to deal with, but if your website is a half-hearted, cheap thing thrown up to look like all the others, what does that say to anyone who manages to find you?

Assuming they find you in the first place.

You need to first convince Google to show people your website, then convince the people who find you to deal with you, and you’re not going to do that if you put in no effort.

It would be the equivalent of putting an ad in the newspaper simply saying, “Jones Brothers” (or whatever you’re called) and expecting that to explain what you do, how you do it, how you can solve people’s problems and expect them to give you money.

How could that possibly work?

Another Major problem With Selling Online

On top of the issue of getting yourself in front of the right people with the right website is giving people the right content.

For example, imagine you have a brick-and-mortar shop selling electronic cigarettes.

You sit in your shop all day long and anyone who comes through the door you can answer their questions, whether they’re a beginner or they’re looking for the latest ultra-new modified vape machine, you can put their mind at rest and lead them to a sale.

They might have 1001 different possible questions or worries, but you, as an expert face to face with them, can answer their queries and turn them into a customer.

But on a website every single person lands on the same page and reads the same block of text.

How can that single block of text answer every conceivable question, put every mind at rest and turn anyone into a customer?

It can’t, and yet people seem to have the idea that if you have a website, it somehow gets rid of the need to communicate with people and in some strange way replaces the need for human interactions.

Let’s take a look at an example of how good copy and the right approach can lead to big results.

How do I get more sales on my website?

I’ve mentioned newspapers a couple of times, and there’s a reason for that.

Before the internet and websites the main way a business could advertise was through newspaper ads.

Some of the most successful advertising men like David Ogilvy would produce ads that read like a news story, using carefully selected images and well-crafted words that didn’t just explain the product but sold the “dream” that the product could give to its owner. 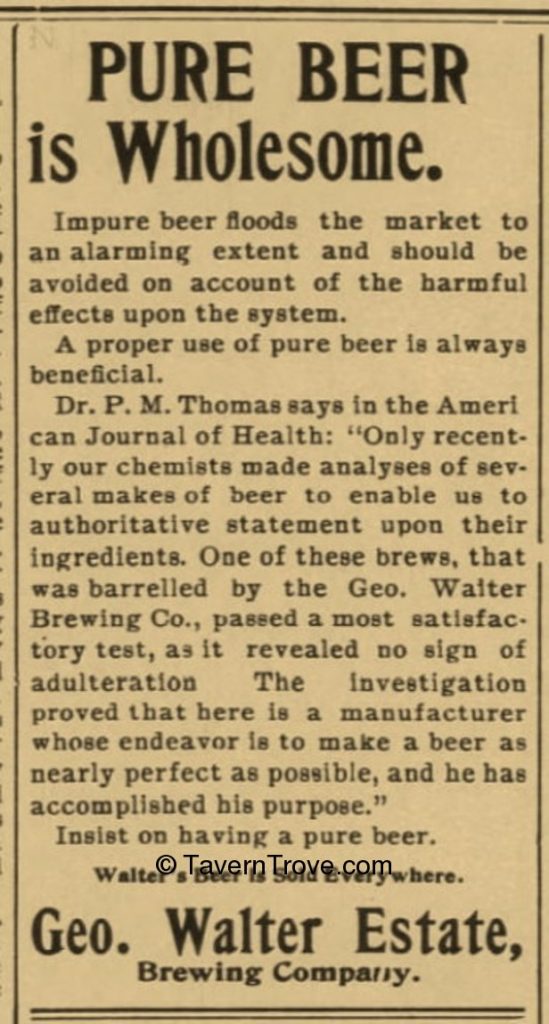 One very famous story is from an advertising expert called Claude Hopkins and the work he did for Schlitz beer.

Back in the day all beer manufacturers tried to sell their beer by promoting the idea that their beer was “pure” and was therefore good for you.

All beer producers advertised their beer as “pure” and over time the ads got bigger and bigger, sometimes taking up a whole page with most of the page taken up with the word “pure”.

The problem was that no one really understood what pure meant, and if everyone is saying their beer is pure then how do you choose one over the other?

Claude Hopkins was asked by Schlitz to help them increase sales, they were languishing way down the league table of beer sellers and just couldn’t increase their sales.

They showed him around the plant, from the 1400 ft bore holes they extracted the water from, the master yeast cell that has been developed over years of experiments, the specific hops and barley they used from one particular genus, the pine chips they filtered the beer though, the cold filtering system and a whole host of other laborious processes.

Hopkins was blown away, he had (like everyone else) no idea that so much went into making a bottle of beer, and this clearly demonstrated what “pure” actually meant.

He simply asked them “Why don’t you just tell people how you make your beer?”

But no one had bothered to tell the consumer. So they set up an ad campaign to do exactly that and within a few months Schlitz was one of the top selling brands in the country.

This might seem like it wouldn’t work today, but Apple recently did a very similar thing with a new product they brought out.

With regards to your website think about how you present the product or service that you sell, do you simply say “we do X, Y, Z” like everyone else, or do you explain in great detail how you give your customer the best possible product or service?

This is also known in marketing as “length implies strength” which basically means the more you have to say about your product or service, the more implied value it has.

While your competitors are just saying “we do X” you are saying how you do “X”, the care and attention to detail, the processes you go through and all the rest of the things you do to provide it.

Which do you suppose sounds more appealing to the potential client?

This is an important part of the psychology of buying, and I’ve included it here to show you how subtle the methods can be when you’re wondering how to get sales on your website.

If you need help then please reach out to us through our contact form.

This is based on a study done by the very impressive Dan Ariely, a Professor at MIT in the USA who specialises in the behaviour of people, and why they behave in those ways, usually unbeknown to themselves even.

He has an excellent book out called “Predictably Irrational” that I highly recommend you read, and you can also find some of his experiments on YouTube.

Be careful if you decide to try out any of the psychological methods he uses, if you don’t understand what you’re doing and get it wrong then you could harm your sales.

This is a demonstration of how people think they are making an informed, rational choice, but shows clearly how that choice is manipulated simply by the offer being changed slightly.

It’s from The Economist magazine and is kind of back to front because it starts with 3 options which struck Prof Ariely as a bit unusual, so he contacted them to try and work with them to run a real-life experiment.

Sadly, they simply reduced the options to 2, and so he ran his own experiment with his students instead, the video is below (apologies for the quality of it, but it’s the content that is important).

If you liked that video there’s a longer version below with some equally interesting examples of how our decision making changes depending on the choices we are presented with.

On your Ecommerce website you might have 2 options for pricing, so you can imagine if you went from 2 to 3 using this method, or if you have 3 options you could experiment with changing the pricing.

The upshot from this video in terms of sales is this:

For every 1000 subscribers that ad brought in with 3 options vs 2 options:

When the 2 options were available the total revenue per 1000 subscribers would be $80,120.

Would you have ever imagined that something as simple as changing the pricing, or adding in an option that no one will want could help people to buy a more expensive option and increase your sales?

Note that this doesn’t require more visitors, or more advertising, it’s taking the same number of orders that you already get and potentially increasing your revenue by almost 50%.

We have actually done this with clients, and through experimenting with different prices and options increased sales tremendously.

One client had a digital product that they were selling around £1500 of per month. By getting this right we took their sales to almost £6500 per month for the self same product – just by changing the offer and pricing slightly!

It really can be that powerful!

SEO Experts are based on the West Yorkshire and North Yorkshire border we work with businesses in Bradford, Leeds, Keighley, Skipton, Harrogate, Ilkley, Halifax, and Huddersfield, as well as nationwide.